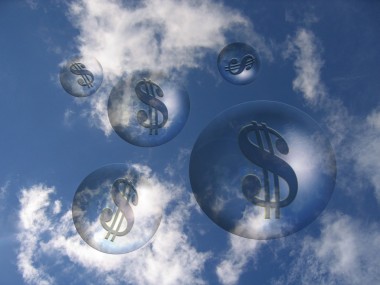 After discussing the security features of Windows Server 2016 in my previous blog, it is now time to look at the second main feature of Server 2016, Improving IT Efficiency and Productivity.

Windows Server 2016 has been built with a view to free up IT resources, allowing businesses to focus their system admins on more important things like innovation and planning for the future. To do this, Server 2016 has several features which offer the potential to save businesses money and make life easier for IT pros. I’ve touched on a few of these below.

One of the most heralded features is the Nano Server function. With more and more “Cloud Native” applications appearing on an almost daily basis, Nano Server is ideal for running 64-bit cloud applications. Nano Server is a lightweight installation option that is around 90% smaller than traditional Windows Server deployments. Nano Server can be set up faster, requires fewer updates and restarts, all while taking up significantly less disk space. As this server utilises smaller amounts of resource, it also offers the potential to lower costs, making it an attractive option for businesses that are looking to increase their margins (aka everyone).

Microsoft has expanded its relationship with Docker, utilising the Docker Engine for handling containers in Server 2016. Containers are basically lightweight virtual machines (VMs), containing only an application and the libraries necessary to run that application. A VM in comparison will have an operating system, APIs (application programming interface) and GUIs (graphical user interface) among other things, making it a more complicated and less agile beast.

Docker Engine is included in Server 2016 at no additional cost, and offers users the chance to rapidly deploy applications versions daily, hourly or even minutely (not correct usage I know). Microsoft has included two types of containers in Server 2016, Windows Server Containers and Hyper-V Containers. Containers can then also be run in an operating system within Hyper-V, giving a significant number of options for developers.

How Containers can offer cost savings: Use containers to deploy applications quicker, reducing up front set up costs. Business can also fit more onto the physical hardware thanks to the consolidation they offer, a 451 research piece found “that double-digit resource savings are achievable even with relatively simple implementations” of containers.

Administrators are now able to manage multiple versions of Hyper-V environments and multiple servers from the Server Manager toolkit. Server Manager is a web-based remote GUI that can be used to manage installations of Server 2016. This toolset not only allows you to manage VMs, but also physical machines in a datacentre, or IaaS (Infrastructure as a Service) VMs that are hosted in the cloud. It is basically a pared down (and cheaper) version of System Centre that many bigger organisations use, making it ideal for smaller businesses looking to keep their costs down and manage smaller deployments.

So, that's a very quick overview on just a handful of the productivity features that have been built into Windows Server 2016. If reducing your IT infrastructure costs is high on your list of goals for 2017, Windows Server 2016 may have just the tool you are looking for.  If you'd like to find out more about the full range of features on offer, I recommend you visit Microsoft’s Windows IT Centre here.

As a Microsoft Gold Partner, Lucidity can support your organisation by providing both the Windows 2016 Server platform and the in-house consultancy skills to meet your needs. Lucidity's CloudOS virtual machines also include licensing for Windows Server 2016.

Get a FREE 30 day CloudOS trial